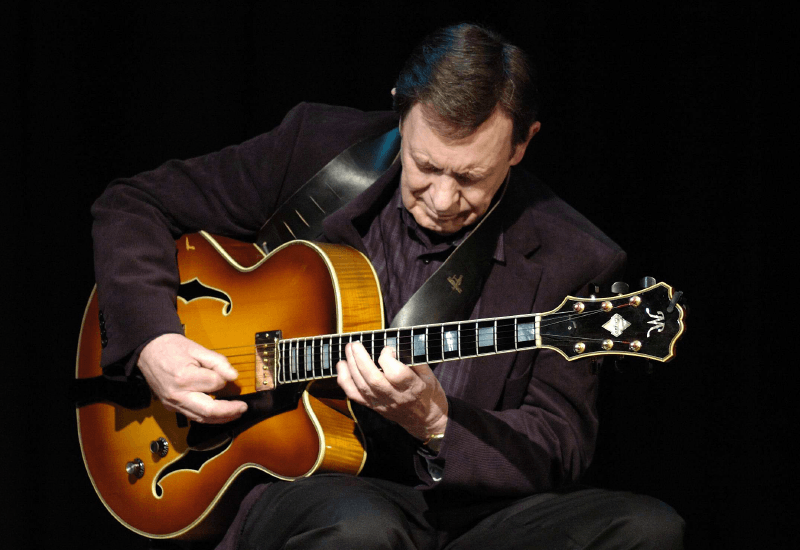 Trefor Owen is one of the foremost Jazz guitarists in the UK A highly respected teacher, he has over thirty years’ experience teaching at the highest level both in Britain and the USA. For eight of those years he was an associate lecturer at Leeds College of Music and for twenty four years was visiting lecturer at Liverpool Community College.

In 2006, for the third consecutive year, Trefor toured California, appearing in San Francisco and at John Pisano’s Guitar Night at Spazios, Sherman Oaks, L. A and in May 2007 he appeared at the prestigious Jazz Cafe, Smithsonian Institution, Washington DC. and for the tenth consecutive year performed in the Jazz Bar at the Classic American Guitar Show.

He is a director of the North Wales Jazz Society which, since its formation in 1990, has presented numerous world renowned jazz artistes. With co-director Maureen Hopkins, for eight years until 2008 he organized the North Wales International Jazz Guitar Festival/Summer School, and the NWJS continues to present the highly popular Jazz Guitar Weekends at Glyndwr University, Wrexham. See Trefor has also formed a JAZZ GUITAR CLUB which is held on the second Thursday of the month at Bijou, Massie Street, Cheadle Village, Cheshire. Now in its ninth year: http://cheadlejgc.wix.com/jazz