Beyond The Blue Horizon

One of the perks of organising a festival is the opportunity to bring together great musicians. Jade Harris is a local singer who is really starting to make a name for herself. She has performed with guitarist Adrian Ingram numerous times and their bluesy styles are perfectly matched. Dan Nicholas has also performed with Adrian in The Hague but never in the UK. Joined by Jeremy Platt on organ and Paul Smith on drums both highly skilled an experienced musicians this should be a unique event not to be missed.

Jade sings jazz but with a more bluesy edge and more than a passing nod to Billie Holiday. She performs regularly with folk, jazz, trio, ‘Band of Jays’, and has worked with many musicians from the local jazz scene as well as doing session work and song writing for various projects for TV, film and radio

In his live shows Remi plays an eclectic mix of jazz standards, improvisations, original compositions and new arrangements of his favourite tunes. He plays a variety of acoustic and electric guitars and the shows are interspersed with his commentary about the history of the music and instruments he’s playing.

Remi will be accompanied by Tom Moore on Double Bass.

Tom Moore Graduated from The Royal Birmingham Conservatoire in 2009 where he is currently based, Tom has since been regularly performing around the U.K with a variety of bands and musical projects. Starting at a young age on guitar, quickly moving to the electric bass and joining local youth bands, he was able to perform at prestigious venues including the Royal Albert Hall and The North Sea Jazz Festival and more recently supporting Jools Holland with singer-songwriter Purdy. 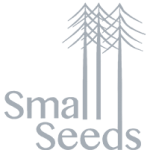