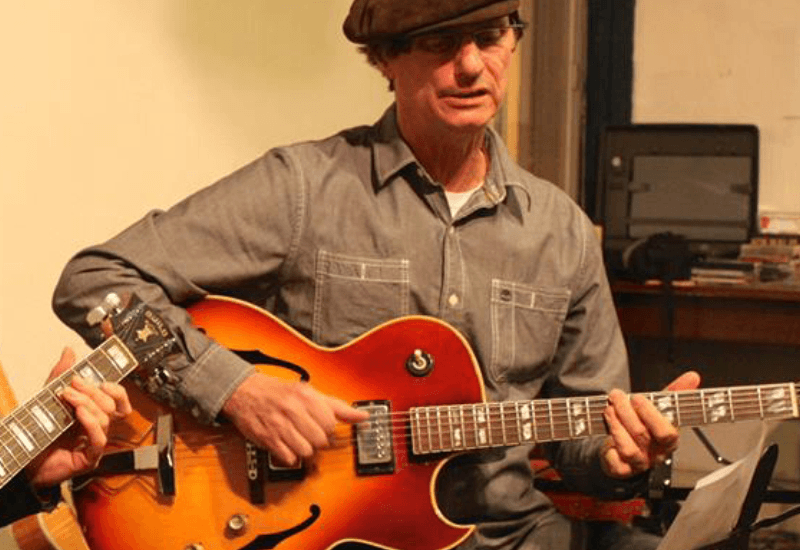 Multi-instrumental Larry van Kriedt was born in San Francisco into a musical family. His father was the renowned jazz musician David van Kriedt who composed, arranged played and recorded with such artists as Dave Brubeck, Paul Desmond, Stan Kenton and many more.

All of Larry’s life has been centred on music, particularly jazz. He began playing the double bass at age 9, guitar at 12, and added saxophone and vocals to the list at 15. In 1969, at age 15, his family moved to Sydney, Australia where he met Angus Young shortly after arrival. He started hanging out with Angus and his brother, Malcolm Young. Larry is described as being an accomplished jazz-influenced guitarist during this period. One of his first studio sessions was as the bassist in the original line-up of AC/DC in 1973.

From 1997 to 1999, he lived in Morocco, working as a musician and performing on radio, television and various concerts. After leaving Morocco Larry travelled the world busking. This was when he started making backing tracks of jazz standards. In 2002, he pioneered the first online downloadable jazz playalong backing track e-business, Jazzbacks.com.