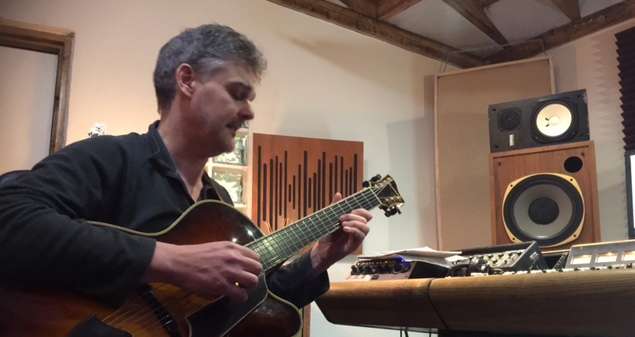 Darren Dutson-Bromley studied both jazz and classical guitar in Leeds and has worked professionally as a performer ever since. In 1996 he worked for the Princes Trust where he performed with both Prince Charles and Jools Holland, which led to a number of television appearances.

Also working as a composer and arranger Darren has been commissioned by the National Museum of Photography Film and Television to compose the music to the play Electronic Colours and music written by him has been used by Yorkshire Television.

Enjoying the life of the performer, various collaborations in both the jazz and classical fields have allowed Darren to perform extensively throughout the country and abroad. Recent appearances have included Milan, the Edinburg Festival, Southport Jazz Festival, Didsbury Jazz Festival, Birmingham Symphony Hall and Scarborough jazz festival.

Darren currently lectures in music at Bradford College and teaches guitar at the Yorkshire Music School. He has also written a book ‘Chords, Substitution and Chord Melody’ and produced an online teaching resource called ‘GuitarBytes’ (www.guitarbytes.co.uk). He regularly contributes to the magazine Just Jazz Guitar.