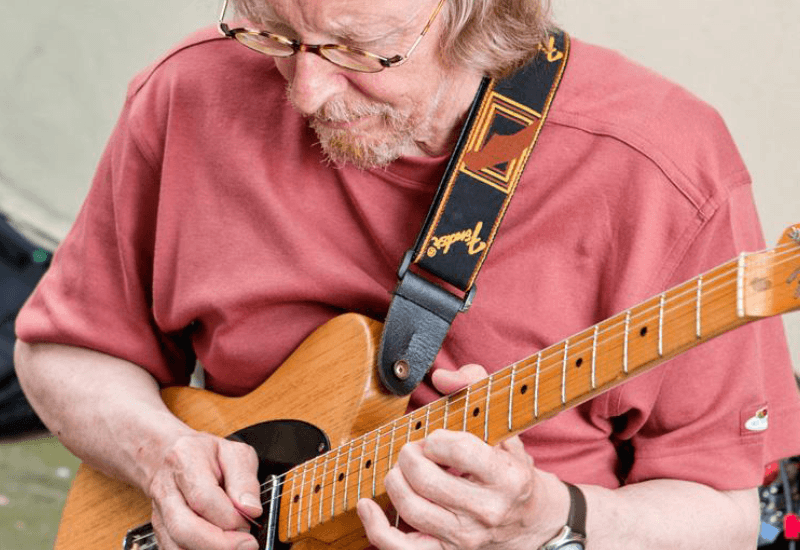 Adrian Ingram is widely recognised as one of the foremost authorities on the jazz guitar. He has written extensively about the history, players, styles and instruments of the genre.

As an educator, he has served as guitar specialist for Birmingham Education Authority and Lecturer in jazz and popular music at Huddersfield Technical College. Following this he taught for thirteen years as senior lecturer in jazz guitar at the prestigious Leeds College of Music.

Adrian has written countless magazine articles and columns. He was a regular columnist and consultant for Guitarist, music and is a reviews editor for Just Jazz Guitar. He has also contributed to Classical Guitar, 20th Century Guitar, Vintage Guitar Classics, Vintage Guitar and Guitar.

His international reputation as a player and teacher was consolidated by clinics and workshops at major festivals (New York, Arlington, Cork, Philadelphia etc.). Adrian also performs with leading jazz musicians with whom he has made a variety of recordings, and participated in radio and TV broadcasts. He is featured on the first jazz guitar DVD with guitarist John Pisano — Live at Wakefield Jazz (Mel Bay Publications, Inc./String Jazz).